The Future of CBD Oils and Supplements in Europe

The Future of CBD Oils and Supplements in Europe


Hemp is a useful and medicinal plant that has been used for thousands of years. Especially the ingredient cannabidiol (CBD) is attributed with calming, relaxing properties. For many CBD friends, the use of CBD oils is particularly practical. Ambinoid, a small Berlin-based supplier of high-quality, carefully selected CBD products, has so far been able to meet its clientele's demand for CBD with its completely natural products. Even though the trade and use of CBD oils is a complicated undertaking throughout Europe, Ambinoid has been able to secure a niche for itself in the growing market. However, this could soon change, because CBD oil is under fire! The reason: the natural alternative to chemical remedies from the medicine cabinet is popular. A growing market attracts lobbyists and corporations almost magically - and small suppliers like Ambinoid are increasingly confronted with changes in the law, new requirements and unfortunately also baseless accusations. In Switzerland, a strict sales ban will come into force in September 2022 - and in Germany, too, cannabidiol could soon only be available on prescription in pharmacies. The higher the sales figures, the stronger the regulatory efforts - a rogue who sees the pharmaceutical lobby at work here. Find out exactly what the future of the growing CBD market in Europe looks like and why dietary supplements in particular are in focus in this article. 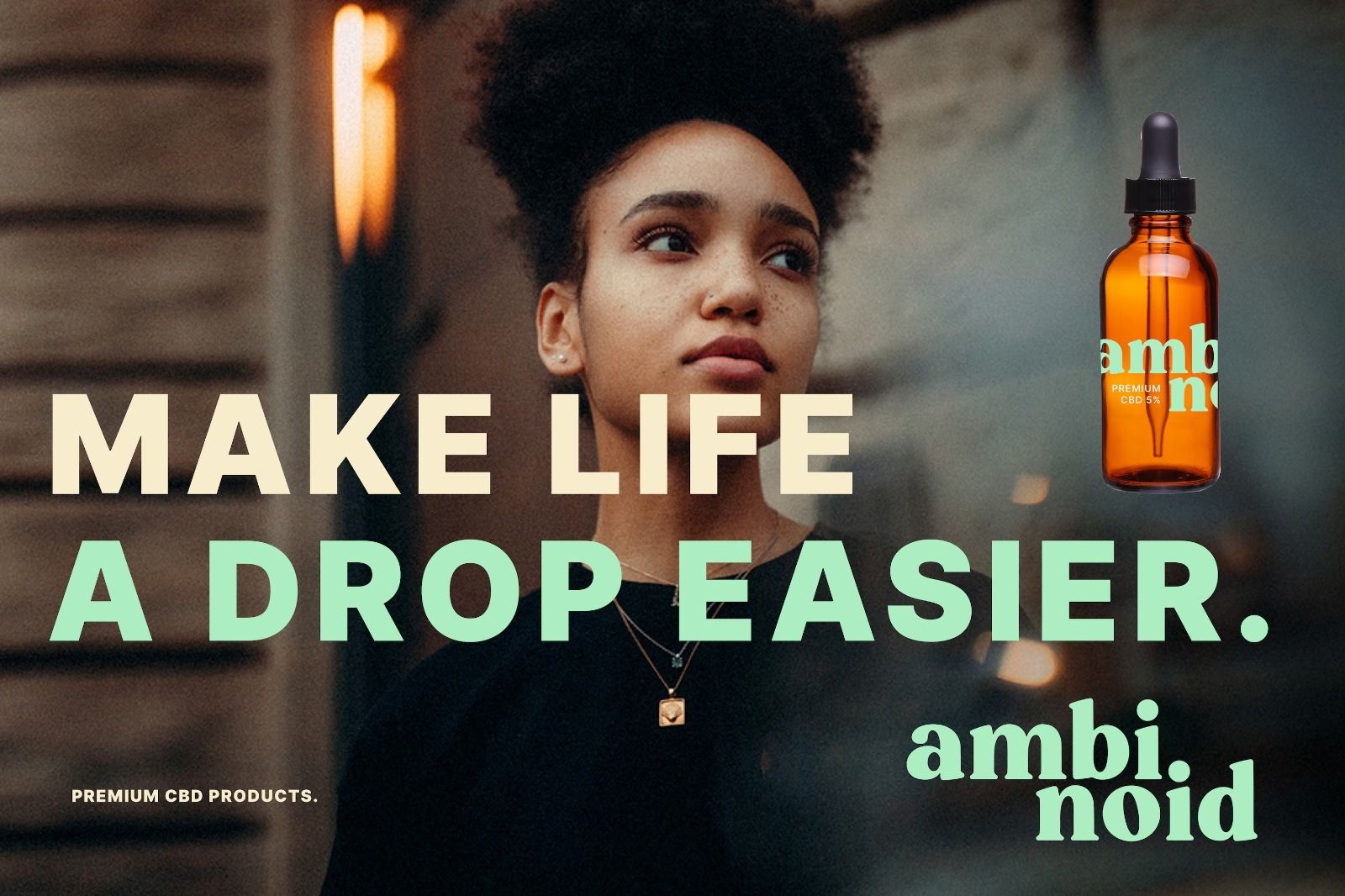 
The consumer protection agency in Germany addressed the issue of CBD oils in June 2022. In principle, according to the experts, cannabidiol can indeed be a food ingredient, as it is not an addictive substance. However, CBD has the disadvantage that it was not present in the European food market to a "significant extent before 1997." As a result, CBD products are considered Novel Food - that is, a novel ingredient in food - and therefore require approval with prior safety assessment under EU law. Enough applications exist for this approval, and some of them have already been validated. However, the approval process is suspended until further notice. Why? Well, the NDA panel responsible for the approval stated in early June on this that "a number of hazards" have been identified in the use of CBD products and "numerous data gaps on these health effects need to be addressed." Suspected mild "side effects" such as drowsiness, are known adverse effects from animal studies, but are not supported with data in human clinical trials. For the authorities, the facts are clear: CBD products are unapproved, novel foods that may not be marketed. The Cologne Administrative Court was even clearer in a ruling (Ref.: 7 K 954/20) from March 2022: CBD drops offered as food supplements are to be considered as medicinal products requiring approval.

CBD products only on prescription from the pharmacy?


While highly specialized suppliers such as Ambinoid may only offer products containing cannabidiol as cosmetics (more on this later), mail-order pharmacies are going all out with their marketing. One large mail-order pharmacy advertises "antispasmodic, relaxing, and anti-inflammatory" properties on its website. CBD, according to the website, "can help alleviate chronic pain and thus promote healthy sleep patterns." Furthermore, studies (!) have shown that when taking "[...] a quick effect within a few hours or days" is not to be assumed. In the online pharmacy, oils, teas and foods are offered without warning labels - yet. Because the consumer center NRW is currently taking active action against platforms on which CBD products are advertised as marketable. The aim is to use warnings to get consumers to keep their hands off CBD. Switzerland is even going one step further.


The Swiss Federal Office of Public Health (FOPH) commissioned a review study back in 2018. The study was to explore why people consume CBD products. According to the study, young people want to break away from the "illegal cannabis of the black market," relax and improve their general well-being. The preferred - but also unhealthiest - form of cannabidiol consumption is smoking, closely followed by oral application of CBD oils. Gökhan Altinok, owner of Berlin-based Ambinoid, is familiar with the ever-increasing demand for premium CBD oils from his day-to-day business. "We have been noticing a change in our customers' thinking for some time now. Our flowers are still popular to buy, but the trend is clearly and unambiguously in the direction of CBD oil. Consumers are looking for more wellness without relying on harmful burning."

In Switzerland, which is actually known for a fairly relaxed relationship with cannabis in general, cannabidiol oils in particular have their own set of rules. The oils are traded here as chemicals and are thus exempt from the lengthy and expensive approval processes as dietary supplements. On the Swiss market, CBD oils can be sold for "external applications and massages" since 2017. The products declared purely for external use have been accepted by consumers with great success - whether the recommendation is adhered to has so far been left up to the consumers. But this will soon come to an end. A new law is to prevent the oral ingestion of natural oils in the future - by adding a so-called denaturant. These chemical flavorings have so far been used in dangerous substances, such as cleaning agents, and provide a pungent, unpleasant to nauseating taste. Denaturants are actually intended to prevent poisoning. Now the additives are also supposed to keep consumers away from a natural product. A de facto ban on the oral intake of cannabidiol oil, which will not change the attitude of consumption one bit. Profiteers are the black market and suppliers from abroad - a modern, regulated and safe market clearly goes differently.

The CBD market: European unity still far from being in sight


While the Swiss want to add denaturants to CBD oils and in Germany the warning lawyers are busy looking for the next "wrongly" declared product, the Supreme Court in Poland has now made an interesting decision. According to Hemp Magazine, hemp flowers and leaves of the plant are namely a food - even if flower extracts would be subject to the food safety regulations of the EU. The court wrote in its ruling that the "available evidence [...] would clearly prove the history of consumption of hemp as a food and as a supplement to a normal diet." A precedent, then, that leaves not only us somewhat perplexed. In Poland a food, in Switzerland at best cosmetics and in Germany a gray area worthy of warning - hemp moves the minds like no other plant.

First placebo, then too strong: The absurdity of the European legal situation


Science has long since discovered the hemp plant and its ingredients as an attractive field of research. Numerous studies prove that the plant and its components can help against various diseases and ailments, enable new therapeutic approaches and in many cases make pharmaceuticals superfluous. More and more people are turning to natural forms of therapy - as Gökhan Altinok of Ambinoid is well aware. "From the beginning, we focus on 100% natural ingredients in all our products. Natural cannabinoids, natural terpenes and always free of artificial additives of any kind. This is exactly what our customers appreciate about our products. Nevertheless, stones are regularly thrown at our feet. Yesterday, CBD products were considered a placebo for gullible esoterics; today, the law says the ingredients are too strong and therefore need to be elaborately tested and comprehensively regulated."

Expensive, lengthy approval processes are almost impossible for small suppliers like Ambinoid to manage. The situation is different for the pharmaceutical industry, which is closely following the growing CBD market. In a statement from the Association of Cannabis-supplying Pharmacies (VCA), CBD is described as an active ingredient with "high potential" in medicine - which must be classified and treated as a drug substance. For suppliers such as Ambinoid, this would mean that oils or flowers could only be sold on prescription - which would amount to a sales ban. Meanwhile, the lobbying associations of the pharmaceutical industry are rubbing their hands - because instead of natural ingredients, the future "CBD medicines" could certainly also be chemically reconstructed in the laboratory. Exclusive distribution through pharmacies and low-cost manufacturing processes will keep the cash register ringing.

The last word has not yet been spoken in Europe and it remains exciting. In the second part of our blog series, we will therefore address the questions of what the legislation now means for manufacturers and stores, what the study situation looks like in concrete terms, and where exactly the pharmaceutical lobby sees its opportunities.